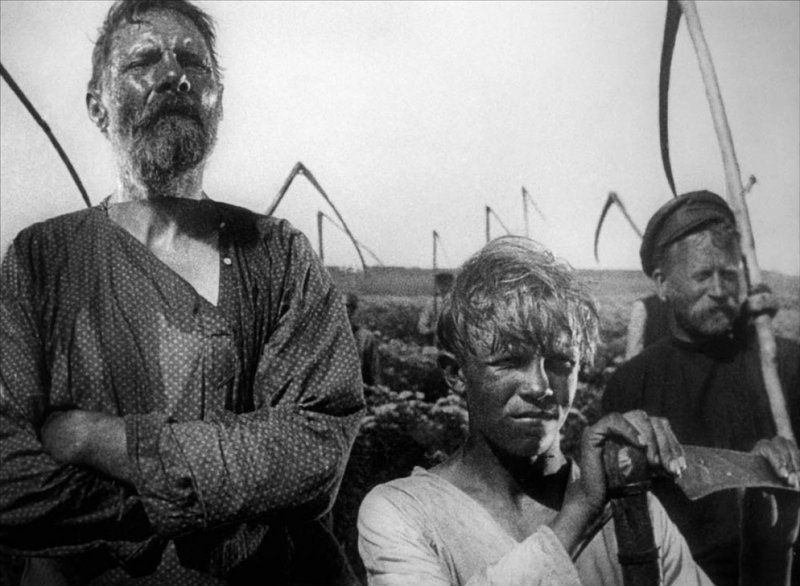 with live accompaniment by John Sweeney

The General Line (1929), also known as The Old and the New, began as a simple accessible story of collectivism in a distant Russian province. Written by Eisenstein and Grigori Aleksandrov just after the completion of Battleship Potemkin (1925), but not made until after October (1928), the film follows a sturdy peasant woman (Marfa Lapkina, a non-professional actor) who tries to lead her village out of the poverty of pre-Soviet life and towards the ideal of collectivism.

In the end, The General Line became Sergei Eisenstein’s most expressionist experiment in montage, visualizing the promise of collective success in the symbol-laden dreams of its heroine. It would prove to be Eisenstein’s final silent film.

Often overshadowed by Eisenstein’s other celebrated masterpieces from the silent era, South West Silents is proud to present this newly restored digital print in collaboration with Lobster Films Paris, and with live piano accompaniment by John Sweeney.

This event is produced by South West Silents (www.southwestsilents.com), an organisation which aims to celebrate the history of cinema, and share its passion for silent film with the wider cinema-going audience by producing eye-opening silent film events not only in the South West, but across the United Kingdom.