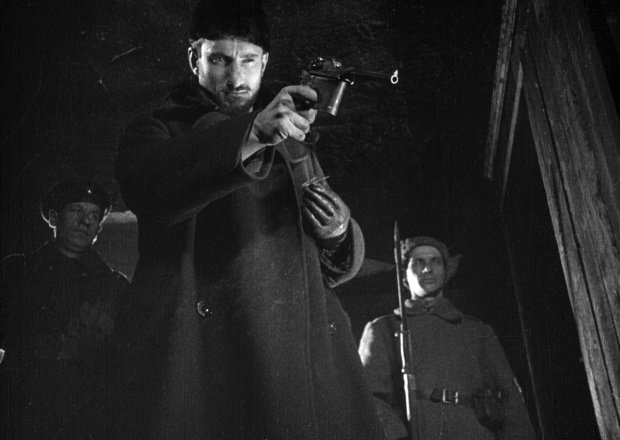 with live accompaniment by John Sweeney

A shell-shocked World War I soldier regains his memory after ten years and returns home to St. Petersburg, finding peace and justice but also heart-wrenching change. “Where is St. Petersburg?” he cries as he stands lost in the new cityscape of Soviet Leningrad.

Fridrikh Ermler’s Fragment of an Empire has been referred to as the most important film in Soviet Cinema. It’s a bold claim, but justified by the synthesis of a powerful personal story and the critique it allows of the revolution as seen by a soldier stuck in a Tsarist past. The film opens in the chaos of a bloody battle in 1914 and follows with an extraordinary evocation of the main protagonist’s returning memory. As played by regular Ermler lead Fiodor Nikitin, his response to the social changes he sees is both moving and politically astute.

An exhilarating hymn of solidarity, this masterpiece has long been available only in truncated prints missing its most celebrated imagery…. until now!

This screening will feature live piano accompaniment by John Sweeney.
This brand new restoration is presented with thanks to the San Francisco Silent Film Festival.