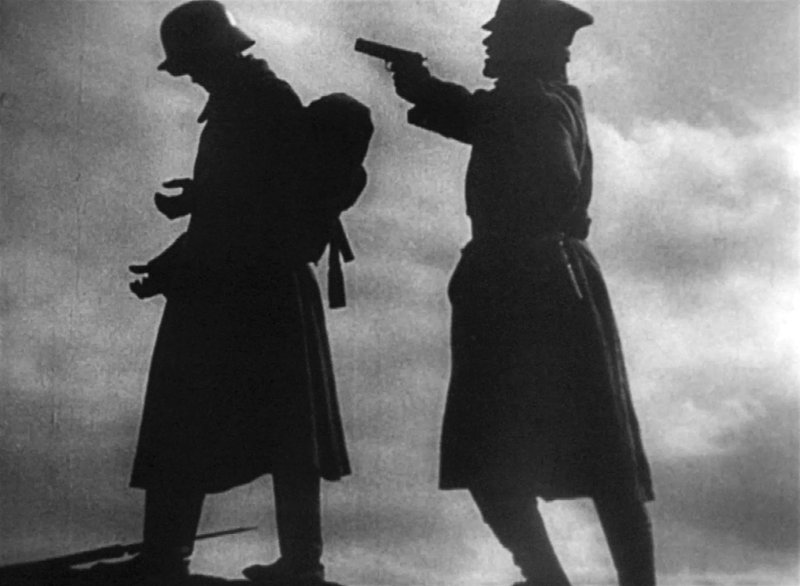 Set in the dramatic closing stages of the Eastern Front of the First World War, Alexander Dovzhenko’s incredible Arsenal documents a Bolshevik uprising in Ukraine that was a pivotal moment in the Ukrainian War of Independence, and the country's war with Soviet Russia.

January 2018 marks the 100th anniversary of the uprising depicted in the film, and tonight, almost to the day, we warmly welcome back Guy Bartell, aka Bronnt Industries Kapital, to perform his extraordinary and intense soundtrack to this silent masterpiece (newly commissioned by the Oleksandr Dovzhenko National Centre in Kyiv, Ukraine, to accompany the recently restored print), and celebrate its release this month by Nottingham’s I Own You records.

Arsenal is a powerful anti-war statement, and has evoked comparisons with Picasso's Guernica for its compassionate, complex depiction of war as well as with Stanley Kubrick's Dr. Strangelove and Full Metal Jacket in highlighting the absurdity of war. It is also referenced several times throughout Mark Cousins comprehensive 'The Story of Film: An Odyssey'.

Switching from traditional instrumentation (including the bandura, a very special multi-stringed Ukranian instrument), to bowed and resonated metal sheets, matériel items such as spent bullet casings, and utilising foley effects and use of (the Cube’s own) prepared piano, the soundtrack conveys that very metallic sense of 20th Century warfare.

Plus Hellfire Video Club DJs in the bar playing a special 'war, what is it good for?' themed DJ set, + other surprises.

"Bartell's score is expertly judged – an echo chamber of horror for the film to resonate inside. I urge you to catch the film with this score whenever you can." Pamela Hutchinson, The Guardian | Silent London, UK