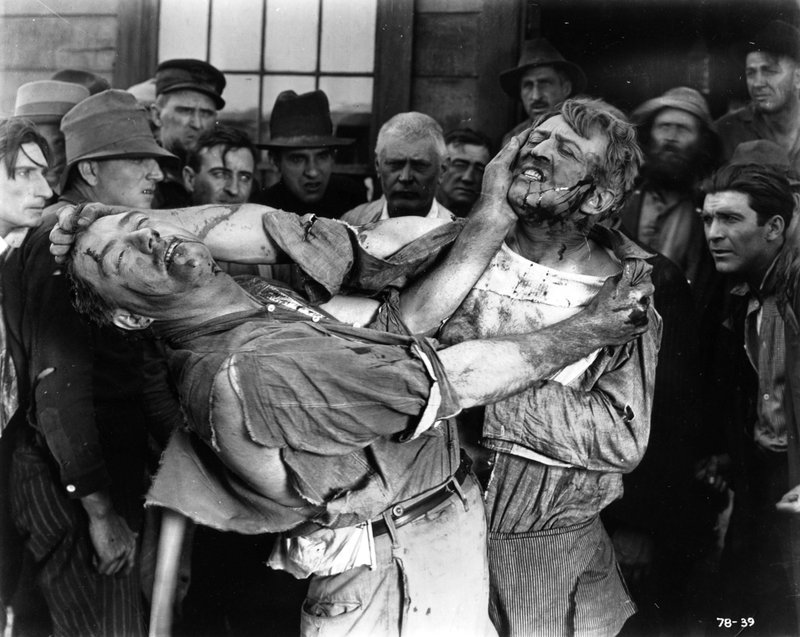 Behind the Door (1919) presented by South West Silents

with live accompaniment by Stephen Horne

Described as "the holy grail of (graphic) silent horror films" by the BFI, and as “the most outspoken of all the vengeance films” by film historian Kevin Brownlow, Behind the Door is a film experience that cannot be forgotten. Shocking to a level few expect in silent cinema, the film uses explicit violence and implicit horror to tell a tale scarred by the traumas of war.

Hobart Bosworth stars as Oscar Krug, a working-class American, who is persecuted for his German ancestry after war is declared. Driven by patriotism, Krug enlists and goes to sea. Tragedy and horror strike quickly after he begins his first assignment. This trauma sets off a chain of events, which over the course of the film lead to a dizzying conclusion.

After having been lost and incomplete for years, this stunning new tinted restoration pieces together the most complete version of the film available since 1919. This screening will be accompanied by the highly talented multi-instrumentalist Stephen Horne.

This event is produced by South West Silents (www.southwestsilents.com), an organisation which aims to celebrate the history of cinema and share their passion for silent film with the wider cinema-going audience by producing eye opening silent film events not only in the South West of England but in the United Kingdom.

Please note this silent film screening is not suitable for children.

Even if a screening is sold out, tickets are often available 30 minutes before the start of the film at the box office.